This is fascinating.  Many have felt for a long time that F1 has been missing a trick when it comes to Social Media and perhaps this will change things.

I'm sure most of us love Heineken's marketing and there are some great videos doing the rounds on YouTube and elsewhere.

Ecclestone says “It is good. We like to attract big brands and this is as big a brand as there is. And I am very, very happy obviously."

But other than the money, is this actually a good thing for F1?  What reach does Heineken actually have on Social Media?

Well, at the time of writing this they have 139,000 followers on their main Twitter account (which is a lot more than I have!)

Now compare that 139,000 with the number of customers they have - it probably runs into the multi millions, so it could be argued that they are not doing that great a job of getting customers to engage with them on Twitter.

And now look at their tweets - the most recent tweet I can see on June 7th has just 26 retweets and 45 hearts.  Their posts throughout May achieved mostly fewer than ten retweets and hearts, which for a brand as imaginative as Heineken seems a little odd.

The eminent marketer Mark Ritson nails this when he says perhaps Brands aren't really wanted on Social Media.  And when you look at the list of accounts most followed on Twitter, we see straight away that it's dominated by people - not Brands.

I'm glad Bernie Ecclestone is happy, but I suspect he'll be happier with the money that Heineken brings to the party than their Social Media engagement.  I'm sure that he's noticed how many followers Lewis Hamilton has on Twitter... 3.42 million.

Ecclestone has long been sceptical about the benefits of social media, although more recently his F1 companies have been getting more active on platforms like Facebook and Twitter. But with Heineken so aware on the benefits of digital media, and eager to do more to promote the sport to a wider audience, Ecclestone believes that the company could help change his attitude about how F1 is delivered to fans. 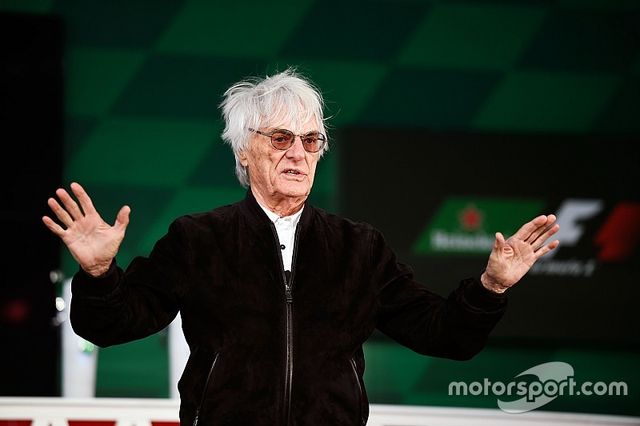 (Motorsport) Ecclestone: Heineken deal will "wake me up" to social media https://t.co/zK05R8q92x
#AutoRacing