Maybe it's just me, but hardly anyone I know proactively uses Google+ in their businesses.  And I say 'businesses' because whenever it comes up in conversation, it is always viewed as a business tool rather than a personal tool, so never really stood a chance of being the much heralded rival to Facebook.

Only yesterday I was running a Social Media strategy session with an aviation firm and I was asked "What exactly is Google+?"  And that wasn't the first time I have been asked the question in a somewhat bemused tone.

Certainly Google realised a need to be big in the Social space, but for the life of me I can't figure out why it hasn't soared majestically over the rest of the Social Media world.  That said, I do follow around ten marketing experts who swear by Google+, with hardly a day going by without them excitedly tweeting or blogging about some feature or another.

For many people, there was an implied promise that simply using Google+ would boost their search engine rankings, and I know of a couple of people who tell me that it does indeed do that - though the majority of those I know who use it regularly, tell me they see no obvious SEO benefits.  Who's right?

I do remember when 'Authorship' was clearly highly effective in gaining visibility in search results, but when that feature disappeared, I heard a collective sigh of disappointment all round.

However, a respected consultant friend of mine swears by Google +, so I for one am going to bear with it for while yet.  I'll let you know what happens.

People who love Google+ sure love Google+. That hasn’t changed since Google first launched what at the time seemed like a credible Facebook competitor back in June 2011. If you’re a Google+ fan, today is a day to celebrate: Against all odds, your favorite social network turned five today. For everybody else, the fact that Google+ is still online may come as a surprise. 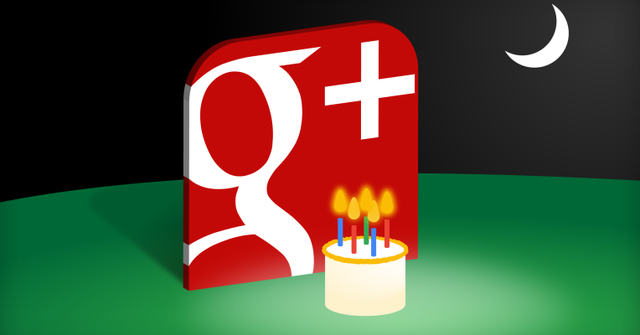 Google+ turns 5 and is somehow still alive https://t.co/z6NmMVhmKM by @fredericl