...laughed Matt as he finished his second pint of Heineken in a bar last night.

Matt is the CEO of an insurance company and for several years has resisted my attempts to talk to his board about the joys of Social Media. He has consistently teased and chided me that “Social Media is a waste of time” and “...has no place in Financial Services”. He pulls my leg, I laugh.  We’re both right.

His remarks yesterday were ironic on two counts. Firstly there are some fine examples of Financial Services brands that are making great progress on Social Media around the world – Farmers Insurance, PayPal, MasterCard, Prudential Financial, Raymond James, Citibank and several others.  With the exception of Matt’s company, Financial Services is really starting to ‘get’ Social Media, as indeed are many companies in other regulated industries. Most are very light on Social Media strategy, but progress is being made.

Matt’s remarks were also ironic because Heineken, his brand of choice have been criticised in the past over their use of sex in commercials.  One of their advertisements in the ‘It’s All About The Beer’ campaign called ’The Premature Pour’ was clearly sexual in tone and raised a few eyebrows in certain quarters.

Result?  Sales increased by 13% during the first two quarters of 2002.

So how are Heineken doing on Social Media and how much reach do they have there – and is Social Media selling more beer for them?

At the time of writing this they have 145,000 followers on their main Twitter account. Now compare that 145,000 with the number of customers they have; it probably runs into the multi millions, so it could be argued that they are not doing that great a job of getting customers to engage with them on Twitter.

Now look at their tweets.  Today is the 7th October and their most recent tweet was on 17th September - and how much love did it get?  Just fifty three ‘hearts’ (likes).  That’s fifty three out of 145,000 followers and millions of customers.

Something seems odd here.  Perhaps Matt has a point.

But the eminent marketer Mark Ritson nails this when he says perhaps Brands aren't really wanted on Social Media.  And when you look at the list of accounts most followed on Twitter, we see straight away that it's dominated by people - not Brands.

So my friend Matt makes a good point through his little joke – sex sells.  Sex in advertising certainly isn’t appreciated by everyone, yet when used with care it has proved to be a time-honoured tactic to increase sales.

But what’s increasingly clear, is that the most effective form of Social Media is when its focus is on people; their lives, their passions, their struggles – their stories. I’m sure that Matt is only too aware that insurance companies like the one he works for serve people, and on a daily basis they save lives and keep families together.

So I’ll continue to challenge Matt on his assertion that Social Media has no place in Financial Services – and indeed other regulated industries, because I believe it has an important role as a vehicle to connect and engage with people at a human level.

But Matt has closed his mind to it; he told me that he wants customers to buy into his brand – its values, what it stands for, its history and its reputation.

I respect that view, but it feels just a bit ‘old school’ Matt.  Reputation, history and values are fine principles to promote, but I’m a firm believer that People buy People before they buy your brand.

And that’s the real power of Social Media, because in itself it’s not a sales tool.  It’s a tool to help humans do something they’ve been doing for thousands of years, but in a modern setting - communicate, laugh, cry, tell stories, help each other out, network and share their lives with one another.

Stop looking at Social Media as just a sales tool – it’s so much more than that. 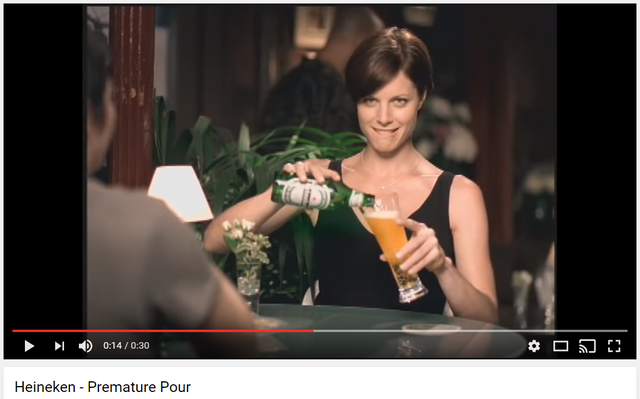