The endorsements feature on LinkedIn has been subject to a lot of critical comment since it was introduced in 2012.

We dutifully listed our skills and sat back waiting for our contacts to endorse us.  And it didn't take long until my first one came in - for Pottery.

My friends and family would attest that Pottery was certainly not within my skill set, causing them to wonder if I had a secret way with clay that they didn't know about.

No, it was a flaw in the new feature which enabled anyone to endorse pretty well anyone for any skill under the sun.  However, the endorsements feature has been gradually improved and is now useful in so much that you can see at a glance what someone's true skill set is.  What's more you can change the order in which they are listed so that you can put emphasis on certain skills that you want to highlight in particular.

This new update from LinkedIn takes the feature to a whole new level.  As LinkedIn state, it will highlight endorsements that matter most to the viewer and will also show who amongst their own contacts have endorsed the person concerned - making it a lot more relevant to everyone.

I'm already seeing the new look on the mobile version of LinkedIn and so far so good.  It's still important to remember though to do something that hardly anyone does on LinkedIn - and that's to thank people when they endorse you.  It's amazing how much dialogue and goodwill you can generate with those two little words.

We’ve made endorsements smarter by highlighting endorsements that matter most to the viewer so you always look your best. For example, viewers will see endorsements made by mutual connections, colleagues, and people who are knowledgeable about the skill, which could give you the edge you need for your next job opportunity! 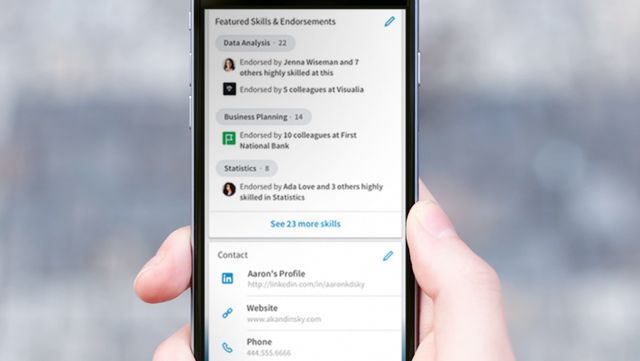 The new LinkedIn Endorsements experience helps highlight the skills you want to be recognized for: https://t.co/cCVh3ZSydB

We’ve made endorsements smarter by highlighting endorsements that matter most to the viewer so you always look your…https://t.co/jvPTmEHSd3

Changes to the Endorsements feature on LinkedIn you should know about! https://t.co/VB4yxpjbad