So this is fun and delves nicely into Trump and Clinton's Facebook strategy.

As many people say, engagement is everything when it comes to Social Media, so it will be fascinating to see if the numbers being shown here are reflected in the actual election results.

It doesn't surprise me that Trump's smashing it when it comes to video because he stirs emotions big time.  He goes for the jugular, causing emotions to run riot - shock, amazement, indignation, worry, dismay, unease and yes humour too.  This is classic content to fuel engagement on Social Media.

Hillary by comparison has been just a little lacklustre and presentation skills coaches are going to have a field day when this election is over.

I've also noticed amongst my own friends and connections, a clear difference in how they talk about the candidates on Facebook.

Clinton supporters tend not to actually talk about Hillary, preferring to show their 'support' by generally frowning and shaking heads in dismay at Trump's latest comments - whilst his supporters are always positive and upbeat about a Trump presidency.

Many simply won't have a bad thing said about him, with one friend of mine refusing to have anything on his timeline that is anti Trump and deletes everything.

I'm a great believer that 'People buy people' - particularly through Social Media.  I personally am not a Trump supporter, but how he is portrayed through Social channels is something that business owners, leaders and entrepreneurs should look to observe and learn whatever they can.

Emotion just 'works' on Social Media, and when used with care and as part of a strategy, it can be very powerful in helping to achieve your goals online.

So, back to the cat videos.

Trump’s social team is clearly aware of this and you can see very clear peaks representing high posting frequency on 3 specific dates: the 7th, 12th and 22nd of October. Do these peaks of output correlate with higher total engagement on those days? You bet they do! 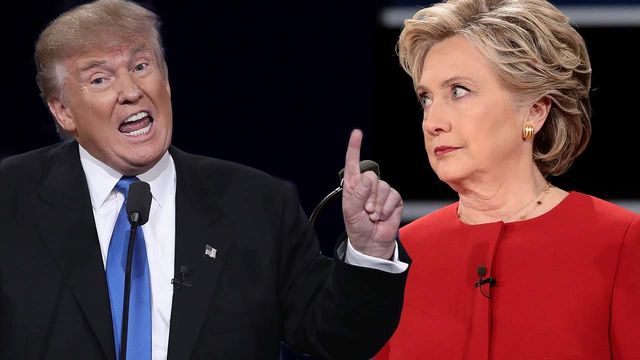 When it comes to Facebook pages, Trump's is bringing a lot more engagement than Clinton's: https://t.co/hFLWqGMfuz pic.twitter.com/cnbTnn7ms1