The Press has been predicting the imminent demise of itself for seemingly ages but somehow newspapers cling on to life.  But for how much longer?

It depends of course what function you want a newspaper to fulfill.  My Grandfather used to tell me that when he commuted into London on the train, there were City bankers on it who only bought a newspaper for the crossword.

Others might have once bought a certain newspaper for Page 3 and others to read the racing pages.  Each to their own.

Newspapers have been puffed up with their own self-importance for too many years and I still question why TV current affairs programmes like Marr on Sunday (and others) are quite so obsessed with caring what the papers' views are.

We're often told now that people 'go to Social media' for their news, but I'm not sure they do.  The news just happens to be there when you're on Social Media.  Granted, a lot of the news we see on Social Media is not exactly of global importance, but it's there nevertheless, and the algorithms are increasingly dictating what we see there - whether it's who's been kicked out of the Jungle, who won in the Premier League or who won yesterday's by-election.

Elections will increasingly be dominated by Social Media, because fundamentally emotional messages spread like wildfire.  Students of Social Media will have known for ages that Trump was going to win, despite what our hearts, minds and newspaper columnists were telling us.

The truth is, newspapers in most parts of the world are desperate. They were always vulnerable to populist instrumentalisation: it is the transgressive that sells papers, and the Farage/Trump play was to push the boundaries of propriety in part because what is outrageous is newsworthy, and thus guarantees free coverage. But the old populist contrarianism was a pact between the media and the populist. Robopolitics involves the mainstream media briefly, but then discards them. 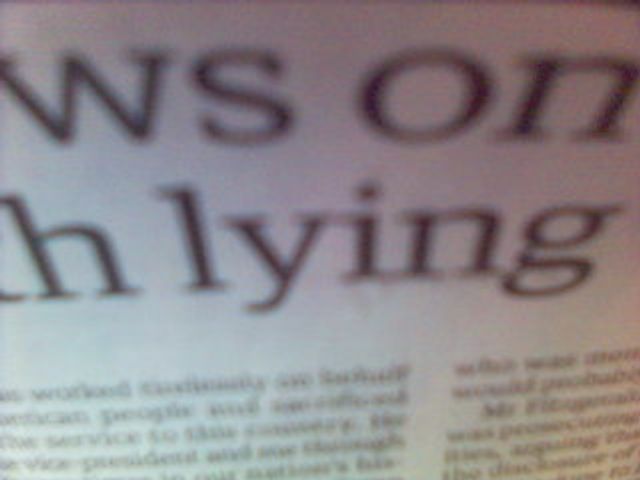 In the new robopolitics, social media has left newspapers for dead https://t.co/eIzi1LadH1

My pick of the reads on media's role in #Brexit and #Trumpocalypse https://t.co/0Z3WKLm4Tf

Sad, but sadly true. For populists, why answer journos' hard questions if they can just spread lies on social media? https://t.co/jODvoKiBHd