‘Tone of voice’ is an important ingredient to consider when building your Social Media strategy. When I work with professional advisers, consultants and leaders I always ask what they ‘sound like’ as a business in the ‘real world’.

Most have never considered that their business has a tone of voice, but when pressed, many will admit to something between quirky and fun through to professional, academic and “a bit serious”.

There’s nothing wrong with being serious and professional; most would agree that it supports the image of what people would expect from some professions.

Of course, no-one said it’s compulsory that visiting (say) a dental practice should be an overtly sombre experience, though by its very nature you expect the dentists and hygienists to exhibit at least some level of proficiency, professionalism, credibility and expertise.

My Father’s dental practice in the 1960, ‘70s and ‘80s certainly exhibited professionalism but mixed in with a heap of fun. One of the dental surgeons in the practice had been a national high jump champion in his day and used to show off to staff and patients how many steps on the staircase he could leap up in one go when going to his surgery on the first floor.

My Dad too was known for his humour – particularly with younger patients who he would have in hysterics by making his drill and other surgery equipment make weird and funny noises. Dad also had several professional golfers as patients, and on many occasions patients waiting for their appointment would witness indoor putting competitions along the downstairs corridor between the surgery rooms.

So as a dental practice, their tone of voice in the real world was not so much serious and professional – more fun, quirky and yes, entertaining. It worked well for them.

The Christmas cards they sent to patients matched this persona, and were usually hilarious – and often included a golf theme. I would have loved to have seen how they would have used Social Media had it been available back then.

Yesterday, I needed to hire a van to transport a very large musical instrument for a family member who was taking a grading. It was selected and paid for online through the company’s website; the service was quick and efficient. No problem there.

But the process of picking up the van was fraught with difficulty, when it shouldn’t have been. The confirmation email omitted to mention everything that they needed by way of ID and payment of a deposit, and to cut a long story short, we ended up not being able to hire the vehicle – despite us having hired a similar one just a few months earlier from the very same firm. It seems they had changed their processes slightly in the intervening period and the fact that we were existing customers made no difference at all.

I have several speaker friends who are experts on customer service, and I know for a fact that they would cringe at how unwilling and inflexible the hire company was during our interaction with them. It was a classic case of “this is our process and unless you meet that process, then tough”. There wasn’t even the slighted attempt to see if there was another way of solving the problem for our mutual benefit. True, the cost of the van hire was a mere £29, so nobody was going to get a bonus for that transaction.

Quite apart from that, the three different staff members who attended to us were surly, abrupt and found it impossible to look us in the eye – even when suggesting we pay an additional £16 to bring down the insurance excess.

Later that day I sent the company a message on Twitter, and received an impressively prompt reply, which clearly expressed their earnest and genuine desire to get the problem sorted. I was certainly not expecting such a quick and friendly reply and it was completely out of sync with what I’d just experienced on the ground.

Now I observe how brands use Twitter and Social Media in a customer service environment, and this reply was one of the better ones. They clearly took Social Media seriously as a communication tool, and genuinely meant it when they said they wanted to do everything they could to help. I was impressed, but confused.

How could the tone of voice of the organisation be so different online from that my wife and I had experienced just a few hours earlier? It really didn’t make any sense.

The customer service issue at the branch of the company was clearly one problem, and one which can no doubt be improved with training. They wouldn’t be the first company in the world to receive complaints about discourteous and unfriendly staff.

The next issue would then be one of whether they ‘could’ have helped – was there in fact a possibility that a way round the process could have been found, and so turn the customers into raving fans and advocates for “an outstanding service experience”. Clearly that’s customer service training at a higher level, but it would have made a massive difference to our experience of the company.

But it made me wonder if Social Media is still seen as the ‘shiny new customer service thing’ in many organisations. Get that right and everything’s sorted – even though there remains a massive disconnect between the real-world persona and the online one.

A company’s tone of voice needs to be reflected in every part of an organisation – it can’t just be in the Social Media room and not at the coalface – or vice versa. When you can match your real-world tone of voice with your Social Media tone of voice, then the opportunity to build more loyal advocates for your business can be massively expanded.

Have you built your tone of voice into your Social Media plan? Get our Social Media Planner for professional advisers, coaches, consultants and speakers, and get your message across with greater clarity and authority:

"Phil's Social Media expertise is outstanding. Just a week after his workshop we closed a six digit business deal based on the techniques he taught me." Prof. Dr. Niels Brabandt - CEO NB Networks

Most have never considered that their business has a tone of voice, but when pressed, many will admit to something between quirky and fun through to professional, academic and “a bit serious”. 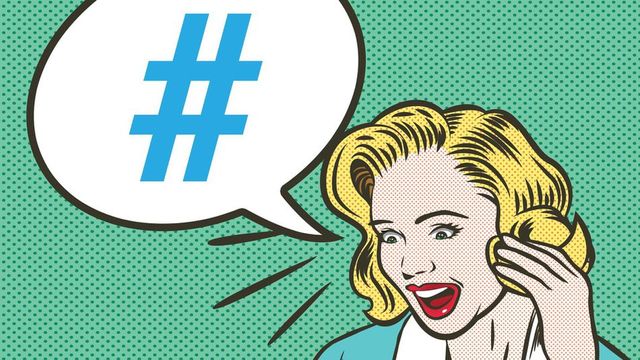